One of the things I've discovered about many local business owners is that they rarely start out where they've ended up, i.e. their small, local shop is often a second career path. Whether they were teachers or engineers, artists or full time parents, many come to a realization that there is something else they want to be doing. Every once in a while, though, I come across someone who knew the highs and lows, the reward and the struggle, of being a small business owner and despite the hard work, realized early that it was their only path. This is the case for 23 year old Bonnie Reay, who is opened Emerson Rose on 19th St this morning.

Reay spent the first years of real adulthood in a woman's wear boutique. Her mother opened Bliss on Main in Sealy, TX in 2009. Like many kids whose parents own a business, Reay was a partner in the success of the venture. She attended markets with her mom and helped pick what the store would stock. She also spent a lot of time doing the less glamourous work of unpacking boxes, printing price tags, and steaming garments. It's not always easy and the notion of owning her own store took time to develop.

In the meantime, Reay left Sealy for Texas Christian University in Fort Worth, where she was a Political Science major. Four years quickly passed and she was a college graduate and a law school applicant. Reay thought she found something she was passionate about and would help her forge her own path. She studied, prepped, and sat for the LSATs. Like many law school applicants, she found herself anxious as she awaited her scores, the results of which which would determine her future.

When Reay's LSAT scores arrived they were great; exactly what she needed them to be for her choice of law schools. Unexpectedly, after the positive results she was left with a lingering anxiety which she realized wasn't about the scores themselves. Her inability to be happy about her good scores told Reay that she wasn't going to be a lawyer. She realized she was happiest when she was doing even the mundane work of running the shop with her mom at Bliss on Main. Reay realized owning a shop would be her first, and hopefully only, career.

Bonnie Reay and her family spent a lot of time in Houston when she was growing up. She has fond memories of browsing the antique and resale shops in the Heights. Back in Sealy, she had a dress-up trunk that was the envy of her school friends, packed with all kinds of dresses, costumes, and accessories collected from shops around this neighborhood. Those road trips and shopping excursions were the impetus for the choice to relocate to Houston, and open Emerson Rose, a woman's boutique based on what she knows and loves from the Sealy store, tailored to her tastes and the neighborhood she now calls home.

Reay moved to the Heights in the early part of summer, 2013. She settled in a quaint duplex in walking distance from many of the spots she has loved on all those road trips to the neighborhood- Dacapo's and Antidote, to name a couple. With her mom's guidance, she started investigating real estate options in the neighborhood. The building which had formerly housed Harold's in the Heights was now split in to 3 spaces, with the small, center spot seemingly begging to be a boutique. For Reay, the Harold's space just felt perfect. On those early road trips to Houston, her father and uncles shopped at Harold's. She felt that clothing could and should have a home in that building again. 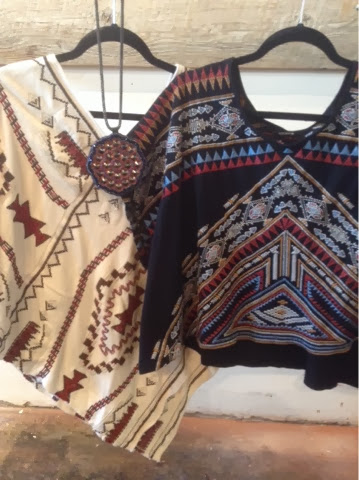 Emerson Rose will have a sort of "light industrial interior," which was easy for Reay to decide. "The space was its own inspiration," she says. Over it's life span, the Harold's building has seen a hodge podge of renovations and Reay wanted to "keep evidence of some of that." She didn't add a ceiling, keeping the space tall and open to pipes. She painted it white, but kept the exposed brick. Reay feels this will work well since, visually, "many clothes and textiles works well against hard materials."

Some of Reay's favorite elements of the store's interior design are the wooden planks from Wayne's Barn Wood on 11th Street used to mount the clothing rods and the mailboxes in the dressing rooms, inspired by the first one she found at August Antiques on Heights Boulevard. There are also the beautiful light fixtures, handblown in Cleveland, TX. 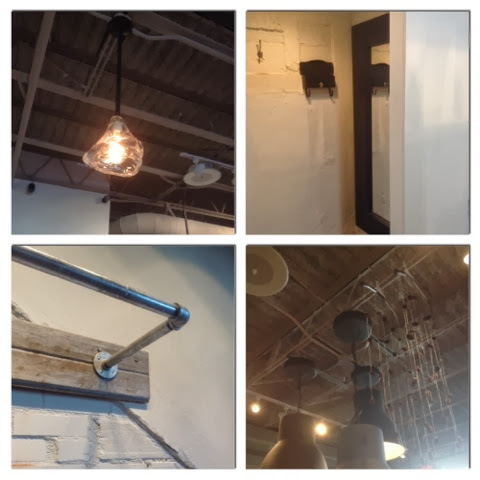 As at her family's store, Reay plans to stock a broad range of clothing. She says there will be something for most budgets, with blouses starting at $30. She will also stock some of those splurges you "buy once and wear for years" coming in closer to the $200 price point. The vast majority, she says, will fall in the affordable $30-60 range.

There is also going to be a heavy emphasis on accessories. "More than what you usually see in a clothing boutique," Reay says. Emerson Rose will also stock a small collection of body care and occasional gift items.
Reay doesn't have current "go-to" brand or designer that she heavily favors for Emerson Rose. They store won't have a "staple" line; instead the merchandise is all about diversity. And even in the lower price points, Reay wants an emphasis on well made.
The size ranges will be based on the successes in the Sealy store- everything from XS to XL available. While she didn't have it in time for opening, Reay plans to bring in a well thought out selection of plus sizes. Denim will start at Size 24 and go up to 32.
Emerson Rose is open as of today, December 16. New merchandise will continue to arrive during the Holiday shopping frenzy, and a Grand Opening is anticipated for January.

And for those of you who love pop culture as much as I do, I asked Bonnie Reay if she intentionally named her boutique after Terri Hatcher's daughter, who was sort of famously named Emerson Rose 15 years ago? Being that she is only 23 herself, I wasn't surprised that she in fact did not name her shop after Terri Hatcher's daughter and, in fact, did not even know Hatcher had a daughter of the same name. I'm sure she probably doesn't know that Terri Hatcher was Lois Lane back when Reay was in elementary school, either. "Emerson," she explains," is a family name. I wanted to add something feminine and soft, so I chose Rose." Makes much more sense.