Last week I shared the Facebook page for a new restaurant in Heights-adjacent Lazybrook/Shady Acres. Today I had lunch there. Lillo & Ella only opened a week ago and I was of the mind-set to give them some time, but the location was suggested by a friend with whom I really-extra-more-than-normal-enjoy eating out. I haven't written a "Heights Bites" in a long time and thought today would be the perfect opportunity to talk a nibble of food again, so I agreed to her suggestion and we headed to northwest Harris county (I kid. I kid). 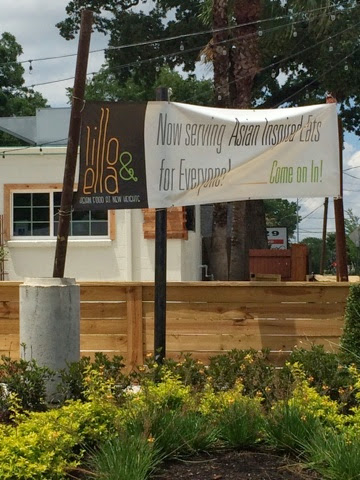 The first thing I noticed as I pulled up to this familiar corner of Ella, across from Tony's, was how much cleaner the entire lot looked. The building looks bright and inviting and not so much like you'll get tetanus there. Disclaimer: I like to eat and drink at a lot of places where someone might get tetanus from, say, stepping on a rusty nail. That's not a criticism, necessarily, just a point of fact. It was very welcoming. I pulled right up in front of the orange doors, unsure if that was acceptable but there were no signs to the contrary. It wasn't until I left that I noticed they have added considerable parking to the west. Another nice change from its predecessor. 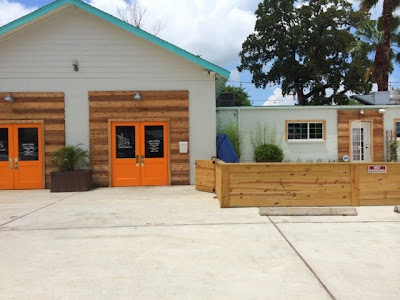 Inside had the same feeling- crisp and welcoming. I'll admit to having never actually been inside El Gran Malo. I only ate/drank on the patio. I can't claim to know much about how different it is now, but Lillo & Ella is small and tidy, with a lot of natural light. About half the tables were filled with groups of two to four having conversations, but it wasn't loud, even for a small space with all hard surfaces. The music was upbeat but not distracting. It seemed every bit the casual, neighborhood joint. 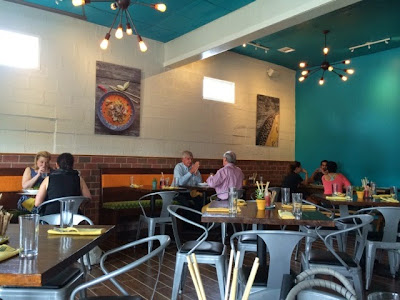 The menu is pretty small, which can be good and bad. It was good for me today, as I was feeling very indecisive and having about eight choices worked to keep me from over analyzing something as simple as my lunch. Houstonia has the lunch and dinner menus on line here: Houstonia Gastronaut

I was really tempted to get the Bao because I love steamed buns so very much, but decided to go with one of the handful of entrees. I ordered the flat iron steak, which is not something I would usually get at lunch but it just sounded right. My lunch date was swayed away from the Bao when I ordered an entree; she ended up going with the quail.

I know a lot of Texans can eat a steak for lunch. I am usually not one of them. What ever it was that drew me to a hunk of beef for lunch this day, I am grateful for it. My perfectly lunch sized steak was beautifully cooked. It didn't rely on a lot of salt or pepper for taste, just good quality meat. The steamed rice was excellent- lightly sweet and just enough on the plate to have some with every bite of steak and veggie. Mint and cilantro garnishes gave several bites slightly different tastes, all of them good. 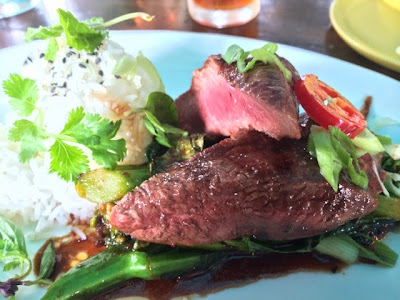 The quail was chopped but of course still on the bone. This is one of the reasons I stay away from quail- for me the work always falls slightly short of the reward. My dining companion didn't mind, making quick work of pulling off tender, large pieces of meat to mix with the rice, and, yes, picking up the bones with her fingers to get the good stuff. She was very pleased with the flavor, noting that hers was flavorful but didn't overly rely on spices. Just enough. Like me, she loved the rice. We both cleaned our plates. 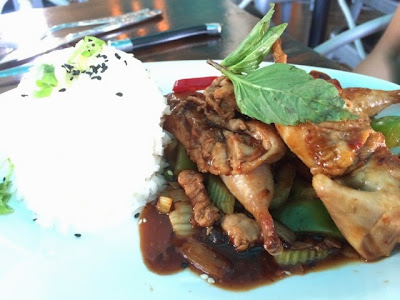 When the waitress came over to ask if we wanted to see the dessert menu, I shrugged her off. I just ate a steak. At lunch. The glare that came across the table was one for the ages. I am glad I was ocularly threatened in to another course because, well, Nutella Pie. So.... I can't really say much more except that. And "banana ice cream." It was kind of sick. Our server came to clear our almost-clean-enough-to-be-back-on-the-shelf plate and said "It's so good, isn't it? Sometimes in the kitchen I want to shove my face in the whole pie. The whole pie." I hear ya, sister. 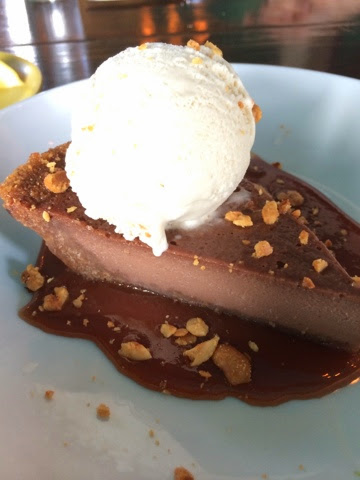 For a restaurant that's only been open for a week, I found the service efficient and friendly. It wasn't very busy, but after a decade in the service industry I know all too well that you often get the worst service when a restaurant is not crowded. Servers and kitchens depend more than most people realize on momentum. If they can get the service right in week 1, they should be in pretty good shape going forward. Go there now. Now it's a cool, neighborhood joint. Get to know the servers, the bartender. Do it now because I don't doubt this restaurant will get lots of good reviews and press and soon will be even harder to get in to than it's sister establishment, Roost. It could end up being much more than a neighborhood joint, despite how much it looks like one. Lillo & Ella could very well end up the second real destination restaurant in the Lazybrook district. More:Houston Press- Kevin Naderi Talks Lillo & Ella and Lunch & Brunch 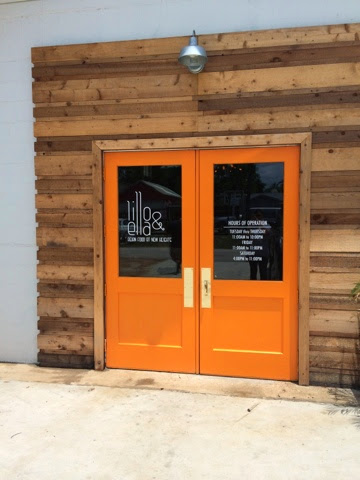