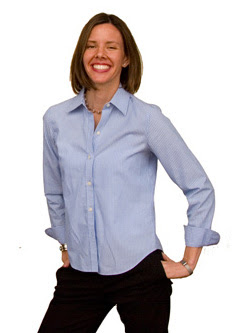 The Heights certainly has a surplus of quirky and creative people who accomplish big things--like Gena Scurry Vaughn, the CEO of Spanish Over Coffee.

About a month ago, I heard an advertisement for Spanish Over Coffee on NPR. I've been trying to learn Spanish for years so that I can better communicate with the Spanish-speaking parents of my students, but I've struggled to translate my knowledge of grammar into actual conversation. I was attracted to Spanish Over Coffee because of their emphasis on learning how to be a learner. The idea is that no Spanish class can teach you everything you need to know about speaking Spanish fluently. Therefore, the goal should be to learn how to continue to teach yourself everything you need to know about Spanish, once your formal classes are over.

I called to schedule my initial lesson (which is a one-on-one interview to help place you in the right level). I accidentally dialed the direct line of the CEO (oops!) and ended up talking to Gena for more than 30 minutes. Near the end of the conversation, I suspected that she might be a Heights resident based on her general coolness, so I asked her flat-out where she lived. It turns out that she lives a few blocks away from me in The Heights.

I asked if I could interview her for The Heights Life, and we met at Daccapo's after work last week. She told me the story of how she turned "$5 and a bicycle" into a successful business.

Gena's relationship with Spanish started as a young child when she lived along the Mexican border. She crossed over every day to attend a Mexican Montessori school, so speaking Spanish was "just how life was."

While enrolled at the University of Texas in Austin, Gena found herself "more into rock-climbing" than anything else. After graduation, she worked at Whole Earth Provision Company to make ends meet but quickly found herself wanting more income.

Soon thereafter, a woman asked her for a Spanish lesson, and Gena's life path quickly took a turn. Gena realized that she had profound ideas about how to make Spanish instruction more relevant and engaging. The answer seemed obvious to her: If you want to learn something, you do it (e.g., "if you want to learn rock-climbing, you climb rocks").

Gena created an approach to Spanish instruction that encourages learners to speak Spanish to "anyone, anytime, anywhere." Her approach encourages learners to "learn from every opportunity." Gena realized that she wanted to transform her $25/hour tutorials into a full-blown business. In cut-offs with no car, she managed to connect herself with an executive coach who helped her move beyond "magical thinking" to make her business ideas a reality.

Several years later, Gena now owns a business that spans Austin and Houston and employs multiple teachers and staff members. She moved the The Heights in June and enjoys local establishments like Waldo's, Shade, Asian Market, and Cricket's Creamery.

She's a role model for all of us who have big dreams and humble beginnings.

Email ThisBlogThis!Share to TwitterShare to FacebookShare to Pinterest
Labels: Our Neighbors